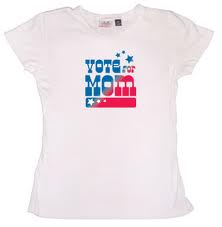 I ran for Vice President of the Student Council at my son’s middle school this week. I lost. But that’s not the point of my story.

Well, technically, it wasn’t me that ran. I just felt like it when at 4:00 on Tuesday I picked up my 11 year old son, Levi, and he informed me that he was running and that the election was in two days and the forms and posters were due before school the following morning.

My plan for the afternoon had not included a mad dash to Walgreens for poster supplies and a creative campaign brainstorming session. I had mapped things out a bit differently since I had to scoop up the boys, drive them out to my husband, Mark’s, office in Glendale, eat something on the run and get to rehearsal by 6. But, as usual my schedule was foiled by two small urchins who rarely pay any mind to my neatly ordered, pre-established agendas.

We spent the drive to the West side discussing my son’s political platform and how he wanted to market himself. After all, I kept insisting, this was his campaign, not mine. Yet somehow, when the time came to create the posters, it was me who found herself cutting, pasting and painting, while Levi and his younger brother, Eli, did their homework and dashed playfully from room to room in Mark’s office. In my defense, I did finally note that this was unfair and tasked Levi with peeling the adhesive backs off the sign letters so I would feel less like an indentured servant and more like a collaborator.

The posters came out fairly well. And I don’t honestly think our defeat was due to my lack of artistic talent. But here’s the thing, I was and am still deeply conflicted about my choice to do the bulk of the work on these posters myself. A multitude of internal voices were clamoring about this issue in my head as I worked. The  more sane and practical voice kept insisting that this was Levi’s campaign, and that I had no right or obligation to be taking on the responsibility of art director. But there was also the helicopter mom voice that repeatedly reminded me about Levi’s fine motor control challenges. If left to his own devices, he might create unintelligible posters that would not only assure an election defeat, but might also cause him to be a target of teasing and ridicule.

Other voices declared Levi’s graphic talents on the computer and wondered why I didn’t encourage him to create something electronically. Still others suggested I get myself fed and to work on time and simply allow his dad to handle the poster debacle. Of course that triggered a memory of the time Mark sent Levi to school for dress-up day, costumed in a bed sheet and kitchen mop wig, which wasn’t a disaster I cared to repeat.

In the short run, it was just easier to do this myself. So that’s what I did. I’m pretty sure that by most traditional parenting guidelines, I did the wrong thing. Most of the time I live by the doctrine that kids need to succeed or fail based on their own actions and behaviors. This just seemed…well…like an exception.

What would you have done?

One response to “Vote for…mom?”